The last few years have seen opportunities to expand my public works that include the Orcas Village Green Park slide and play structure, a 12' x 40' wall-scale mural marine life piece at the Orcas Landing, and madrona branch handrailing at April's Grove Housing. I am also teaching hands-on workshops, and building gates and structures from found or recycled metal.

It’s a work in progress - not too precious - endlessly adaptable to the next project - whether a wall needs to appear or disappear.  I started building back in 2009 when I bought my home, all that was here was a basketball hoop. The roof, which is supported by six main steel posts that came from an army base, I made in one piece on the ground, then hoisted and welded it into place.  It may not be LEED certified, but is constructed from one hundred percent reclaimed materials. I have now expanded to a design and fabrication shop at the West Sound Mill, and share a Makerspace building in Deer Harbor where a computerizes laser metal cutter is housed.

Language of the Smith

Scrolls, spirals, tapers.  The language is archetypal and universal, describing truths about ourselves - DNA, patterns in nature and the universe.  The forge is indeed a microcosm of the universe. All four elements are present - earth, water, fire and air. It is the job of the smith to balance all of these elements, then add to that his creativity and muscle to breathe life into the iron.

The power hammer simply increases the scope and scale of what can be forged, by a factor of at least twenty.  Saying that, the smith can’t force the material - it will show in the form of a kink or a mar. In fact, some of the smiths I admire most are women - they know that finesse always beats braun and the heat is the primary tool for moving the metal.

With all crafts, and with blacksmithing in particular, we must be humble.  We are all standing on the shoulders of the smiths that have come before, stretching back into prehistory.  My dad and subsequent mentors have all given generously from their hard-earned store of wisdom.

I fully intend to keep passing the torch on to future generations.  Of course it is my wish that my daughter, Zora, and sons, Sterling and Colm, will become smiths, but it’s not something that I will automatically expect.  I believe it is enough for a child to see their parent living their truth and pursuing their avocation. They can take that spark and direct it at any pursuit that calls to them.  Zora expressed herself through dance, and I can only guess what Sterling and Colm will go on to do.

Orcas has an uncanny pull for metalworkers going way back to the ill-fated British ship whose crew was slain by the locals - except for the blacksmith and his helper.  Being an island, it comes with its own set of challenges as well as charms - most folks need to wear many hats in order to make a living here.

When not in the forge, my favorite activity is beachcombing and exploring the beautiful Salish Sea, particularly on a fair day in winter.  Other pursuits are farming with Caitlin, my wife, and foraging in the forests with my sons, Sterling and Colm. 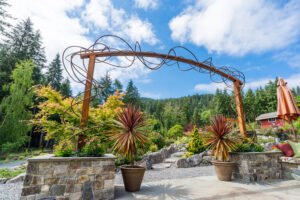 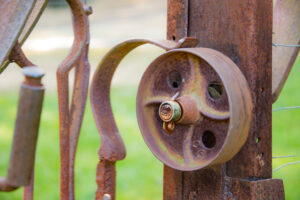 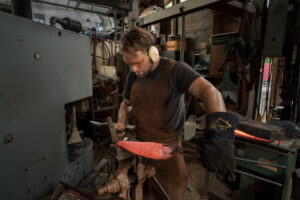 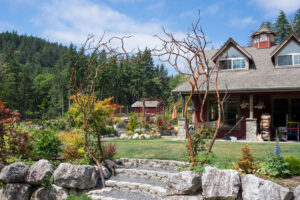 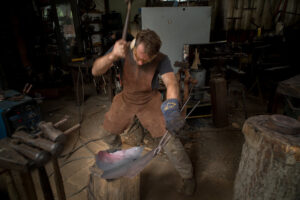 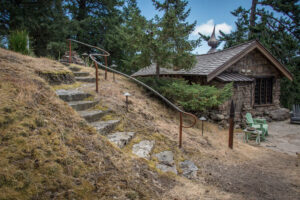