Chelsea Greene Lewyta is a painter, illustrator and printmaker. Drawing is an integral part of her process. She primary uses mixed media in her painting, favoring pencils, acrylic, and oil. She is highly proficient in digital painting and image processing, utilizing the medium for freelance illustration and printmaking preparation.

Chelsea was born in the Hudson River Valley of New York. She attended Pratt Institute in Brooklyn. She studied illustration, painting, print making, and new media. She graduated and received her Bachelors of Fine Arts and placed and won in the Society of Illustrators student show. After graduation she began exhibiting her artwork at galleries, shows, a variety of venues and in publications based in New York City and internationally. She freelanced as an illustrator, designer, and worked on a wide variety of projects through the years. Shortly before 2020, she relocated to Lopez Island to heal and to make a new growing body of artwork. She is also teaching some local art classes and workshops.

Some of the themes in her earlier work mimic folklore, religion, and mythology while exploring the enigma of the human condition. Flora, fauna, and hidden objects are depicted amongst vulnerable figures in their tangled, silent landscapes.   Her current themes follow the same direction of myth and female perspective yet are influenced by healing, further learning, and her new environment.

Today's work schedule is not available 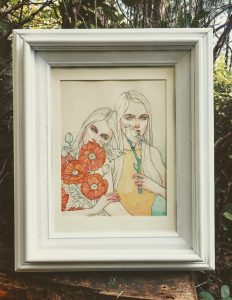 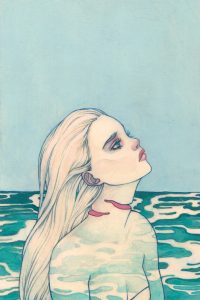 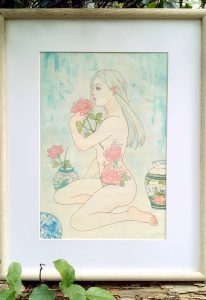